Born and raised in Phoenix, Arizona. Jeremy is an enrolled member of the Navajo Tribe and also Hopi, Pima and Tohono O'odham.

From a young age Jeremy was trained in the art of survival by his father’s side of his family, traditional Navajo farmers, silversmiths and weavers. In the early 80’s he was immersed in agriculture and herded sheep with relatives, rode horses and swam in rivers and lakes. Harvesting the fruits of family labor and making long trips to sell crops his family worked hard to grow, a sense of community and commerce was instilled into an unknowing boy. The matriarch, his Grandma Daisy wove rugs or worked on jewelry after dinner. It’s here where Jeremy would sit in her lap to watch her work and was inspired.

The mid to late 80’s brought much change in his life with many struggles and relocations across the Southwest through New Mexico, Utah and Arizona. From town to town and city to city Jeremy adapted to his surroundings with relative ease but would suffer emotional trauma of a constantly changing school life as he did his best to keep up. Art is always what he gravitated toward from grade school to high school eventually enrolling into a design college. Upon graduating he moved to San Francisco, California and changed everything about his life.

Spending his 20’s in the bustling City By The Bay he honed his craft laying groundwork to become the multidisciplinary artist he is. Through design, fashion, dance, music, film and visual art he expressed himself and was awarded grants to travel the World, cast in a New Line Cinema film, and curated gallery shows in San Francisco. It is here where Jeremy would learn fashion merchandising at Barney’s New York, and paint his biggest murals while designing the interior staircase and hallways of the Friendship House Association of American Indians.

Now in his 40’s, after years of alcohol and drug abuse, he’s clean and sober. A proud father to a son and enjoys hiking and cycling. Traveling to Japan, Spain, England, Czech Republic, Puerto Rico, British Virgin Islands, Canada, Italy, Jordan, Austria, Mexico and all over the United States he's grateful and fortunate to have seen places he once dreamed of. It’s obvious that he incorporates what was gained from those adventures into every facet of his work. 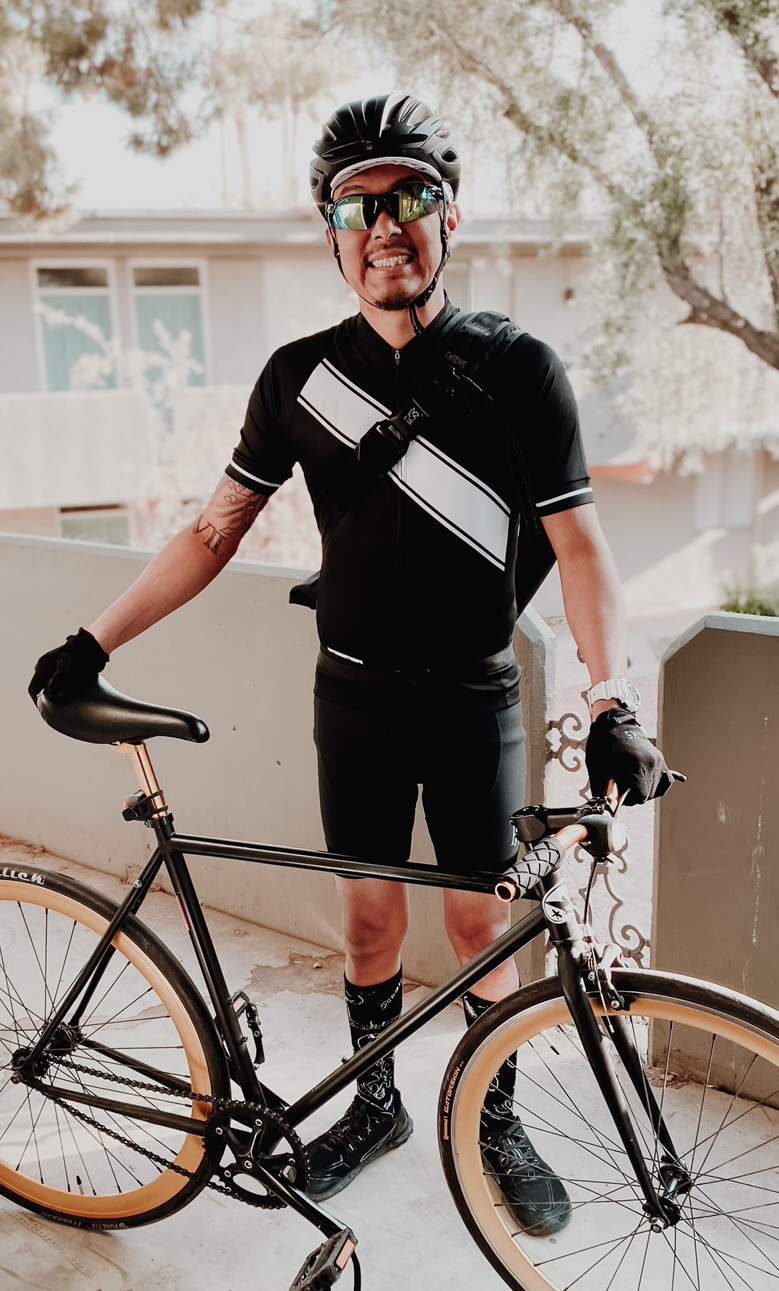